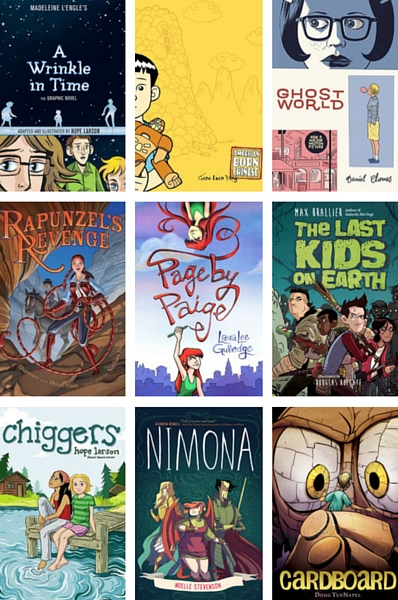 3 stories about the problems of young Chinese Americans trying to participate in the popular culture.

A Wrinkle In Time by Madeleine L’Engle

Meg Murry and her friends become involved with unearthly strangers.

When cardboard creatures come magically to life, a boy must save his town from disaster.

When Abby returns to the same summer camp she always goes to, she is dismayed to find that her old friends have changed.

Child-hero Ender Wiggin must fight a desperate battle against a deadly alien race if mankind is to survive.

The coming-of-age story of a boy growing up on a rubber plantation in rural Malaysia.

Nimona is an impulsive young shapeshifter. Lord Ballister Blackheart is a villain with a vendetta. Together, they are about to wreak some serious havoc.

When Paige and her family move to New York City from rural Virginia, she tries to make sense of her new life through her sketchbook.

A swashbuckling and hilarious twist on the classic story as you’ve never seen it before.

The Last Kids on Earth by Max Brallier

When their rock band becomes popular, five middle schoolers use their new fame to generate awareness (and donations) for an important cause.